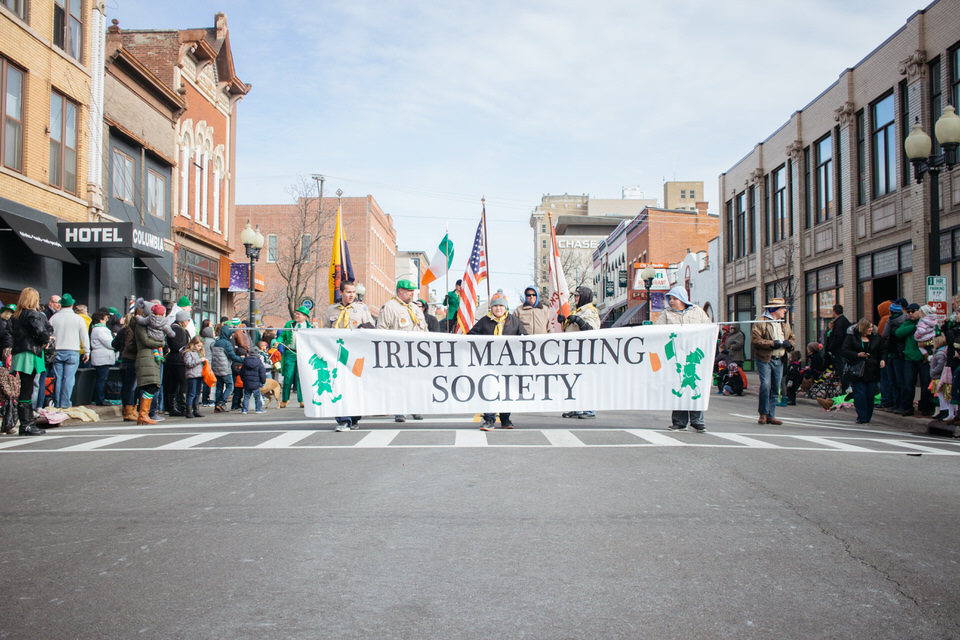 Here at the Irish Marching Society, our vision is to continue the American custom of Irish immigrants and their descendants marching down their American city streets on St. Patrick’s Day; to celebrate their heritage and contribution to this great nation.

To organize and promote Irish Culture in the Greater Rockford Area with a celebration that embraces the entire community.

We strive to promote awareness of Irish culture and to give back to our community of Rockford, IL. 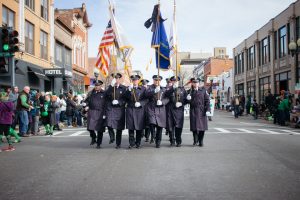 The first party was originally planned for a small Rockford Faust Hotel meeting room, but as word spread of the celebration, the party was moved to the Grand Ballroom. By 1984, the party had outgrown the Faust Hotel, and it was held in the Forest Hills Lodge. The party then moved to the Armory on North Main Street where it continued to grow in popularity. The largest estimated attendance was in 1991 when over 7,500 members, both IMS members as well as some non-members and their children. With the closing of the Armory, the party was moved around the downtown area – the Ing Skating Palace in 2002 and the Lyran Singing Society in 2003. In 2009 the party was held at the Cliffbreakers Restaurant in North Rockford. For 2012 through 2014 the Clock Tower Resort hosted the IMS party. For 2015 and going forward the celebration will be in the newly renovated Prairie Street Brewhouse which marks a return to downtown Rockford on the Rock River!! 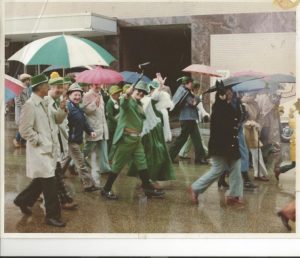 The first parade was just a stroll down State St. in 1977 from the Faust Hotel but in 1980 it had the first permits for downtown Rockford and the tradition has continued along various routes over the years. The parade includes not only members and their families, but also bag pipe bands, high school bands, floats, various government officials, including in one year a U.S. Vice President George Bush Sr. and another Hillary Clinton when her husband was running for President, various animals including an elephant & birds of prey, color guards, various beauty pageant winners and participants and, of course, clowns.

The IMS was founded to help preserve and celebrate the Irish heritage however the celebration is opened to persons of all ethnic heritages. All event proceeds are contributed back to the community to various charities, with a total over $70,000 as of 2012.

All the parade and celebration organizing, as well as planning and executing is performed entirely by volunteers.